Carrington and Crafton Academy of the Performing Arts

Successfully started a business and was awarded a grant. 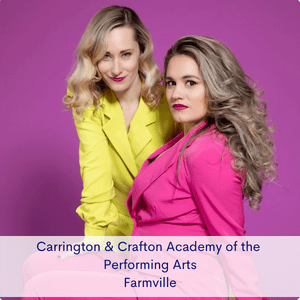 The Carrington and Crafton Academy of the Performing Arts (CAPA²) story is one of lasting friendship and the arts. Molly Williams’s grandmother, Ann Carrington, founded the Carrington Dance Studio in 1967, and Chelsea Moss’s grandmother, Petie Crafton, played the piano for the dance classes. “My mom and Molly’s mom were also best friends,” Chelsea says. “And Molly and I were also friends through the years.”

Molly took over the dance studio in Crewe when her grandmother retired. When Chelsea came back to town after dancing in New York, the two friends began to talk about opening a studio together. “When a space opened up in Farmville, we thought it would be the perfect place for us,” Chelsea explains. “We started dreaming it up in October 2020 and opened in January 2021.”

Chelsea’s father was the one who led them to the Longwood SBDC. “My dad knew Katherine Beale, who had worked in New York like I did and now worked for the SBDC,” Chelsea relates. “He suggested I call her for advice.”

Chelsea made the call and found Katherine ready and willing to help. For starters, Katherine encouraged Chelsea and Molly to reach out to their new community in Farmville. “Katherine suggested that we join the chamber, reach out to businesses and community members, and put out feelers to Longwood University,” Chelsea notes. “Her advice was to be confident and show people what we had to offer.”

Katherine also cautioned against overextending. “She said to think of three things you can do today and then do them,” Chelsea recalls. “It was the same when we talked about our future goals. Katherine told us our goals were great, but we should focus on things we need to do now to get to that point.”

The starting point for the two dance entrepreneurs was renovating a building. “We financed it out of pocket,” Chelsea explains. “We put in flooring, mirrors, bars, and fresh coats of paint.”

Advertising was done via Facebook, Instagram, and direct mail. “Katherine gave us tips on the open-house events we held,” Chelsea adds. “Katherine also put us in touch with Letterpress Communications. They did a marketing audit that gave us valuable feedback on every aspect of our business.”

Molly and Chelsea readily recommend the SBDC. “We really appreciate having another businesswoman as a cheerleader,” Chelsea concludes. “Katherine is confirming and complimentary — it’s especially helpful to hear her say, ‘Yes, you can do this!’” 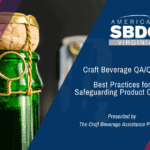 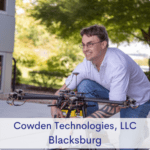