The Power in Connections

After securing a Federal STEP grant worth more than $9,000, JMtel will launch its product to the international market at the Mobile World Congress. 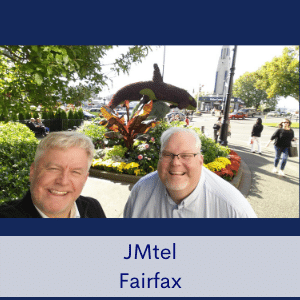 As a wireless communications company, JMtel is all about connections. Business partners Justin Mooney and Thomas Unander-Scharin deal with everything that goes on between cell phones and the towers that serve them, including testing, data, and optimizing communications. They share an office in the Mason Enterprise Center-Fairfax at George Mason University, which also houses the Mason SBDC. When they need business advice, the SBDC is steps away.

Mooney became a client of the SBDC when he needed help getting his business started. “Being able to bounce ideas off of someone who has started companies before is terrific,” says Mooney. “They were really instrumental in helping me get my company off the ground.”

SBDC Business Counselors Bernard Ferret and Timm Johnson worked with Mooney and Unander-Scharin and then referred them to Aaron Miller, the International Trade Manager at the Virginia SBDC. He, in turn, put the duo in touch with Ellen Meinhart of the international group at the Virginia Economic Development Partnership. She administers their Federal STEP Grant program. Mooney and Unander-Scharin were, in fact, awarded a $9,000 STEP grant that paid for JMtel’s “pod” (small booth) at the Mobile World Congress, the wireless community’s biggest international trade show.

“Thanks to Ellen and Aaron, we are working with Pompeya Lambrecht, Senior International Trade Specialist at the U.S. Department of Commerce, to make the most of our trade experience,” says Mooney. He credits his connections at the Mason SBDC with helping his business to survive and thrive. “It’s all thanks to these great mentors who helped me get off the ground and helped me to get the grant,” concludes Mooney. 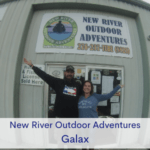 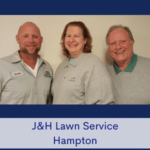