Staying afloat during the pandemic

Secured over $1 million in COVID-related SBA loans and grants

Less than a mile from the harbor, Captain Groovy’s Grill & Raw Bar has been serving fresh, local seafood to residents and tourists in the Norfolk area since 2007. Captain Groovy’s is named after Owner Sandy White’s late first husband, who passed away in 2000. Sandy is the majority owner while her husband David Watts, a trained chef, runs the kitchen.

Boasting a menu that Sandy says appeals to everyone — with burgers, sandwiches, specialty cocktails, and a rotating “blackboard” menu in addition to all manner of maritime munchies — Captain Groovy’s has enjoyed a consistent run of success since its first year of opening. But when the COVID-19 pandemic hit in early 2020, not even Captain Groovy’s was spared its effects.

“We shut the restaurant down,” Sandy says. “We laid everybody off. We had to figure it out.”

Compounding those unforeseen financial hardships was what Sandy classifies as an uncharacteristically slow 2019 that dug into the restaurant’s “rainy day” account. With their reserves depleted and business grounded for the foreseeable future, Sandy turned to the Hampton Roads SBDC for guidance, both financial and operational.

“We put a lot of effort into [our recovery],” Sandy says. “I took every webinar that [the SBDC] and our local SCORE group put out there — anything I could find that I thought would help. I signed up for everything so I could learn how to do it and do it correctly.”

Over the next few weeks, Sandy and David leaned on guidance provided by SBDC consultants like Mike Austin to plot a course that would keep Captain Groovy’s afloat. To keep customers coming in the door, the restaurant operated on a to-go basis and also established a general store, selling local fare and gifts. They received more than $1 million in COVID-related loans and grants, the majority of which went to rehiring employees.

“I honestly don’t know if we would still be here if not for the [Paycheck Protection Program] loans and the help we got,” Sandy adds.

Now with mask and social distancing mandates lifted in the Commonwealth, Captain Groovy’s is operating at near full capacity five days a week and serving plenty of chatty locals and tourists.

“Customers are coming out. They want to be out,” Sandy says. “The big topic of conversation is their shots — I got mine, did you get yours, how did you react? We’re doing well. We’re proceeding cautiously, but we’re doing well.”

And while Captain Groovy’s may not be full steam ahead quite yet, Sandy says she is happy to put the worst of the pandemic in her wake. 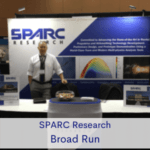 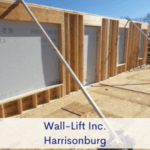