Pop to the top: Gourmet popcorn brings dreams to life 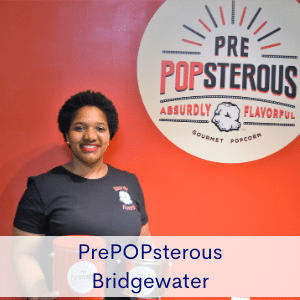 Before her days as a successful entrepreneur, Tisha McCoy-Ntiamoah sold gourmet popcorn for a retailer in her home town, and one thing was certain: “There was nothing you could do serving gourmet popcorn that could make anyone unhappy,” she says laughing.

This simple truth stayed with Tisha along the winding path that led her back to, of all places, her own kitchen. With an undergraduate degree in business from the University of Kansas, Tisha pursued a career in higher education, and today she is the Director of MBA Programs at James Madison University. But she never forgot the love of popcorn. She credits the SBDC with helping her take a dream and turn it into a delicious reality. She started creating endless combinations of gourmet popcorn from her own home.

In 2014, the Shenandoah Valley SBDC sponsored the “What’s Cooking” program, where local culinary artists like Tisha could compete for funding and learn valuable small business skills. Her business proposal for PrePOPsterous became a top-prize winner, and the business was officially established soon after.

Tisha’s ties with the SBDC were just beginning. Working closely with advisor Allison Dugan, she applied for a microloan from the Virginia Small Business Financing Authority (VSBFA) that enabled her to buy desperately needed equipment, so she could quadruple her production. Increased production is not without its challenges for this dynamic mother of two, who explains that it’s not uncommon to find her up and working hard at 2 AM, filling orders, making popcorn, or experimenting with new flavors. “You really have to have a heart for it,” says Tisha. And it’s clear that she does. PrePOPsterous encapsulates Tisha’s drive to succeed, grow, and learn, and it has been matched, step for step, by advisor Allison.

“Allison is so well connected,” says Tisha, “not just in the community but throughout the state. And every one of those connections are an invaluable resource to me,” she adds. “Allison has more ideas than I can keep up with. She’s constantly recommending people for me to talk to or new avenues of growth to explore,” adds Tisha.

Poised for the busiest holiday season to date, Tisha says the SBDC has played a critical role in PrePOPsterous’s existence. “They have been essential in the development and growth of my business. They are wonderful advocates for small businesses and have their pulse on resources available to help businesses grow,” she says. 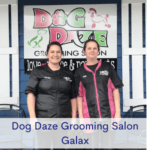 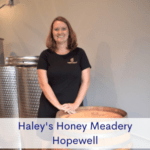