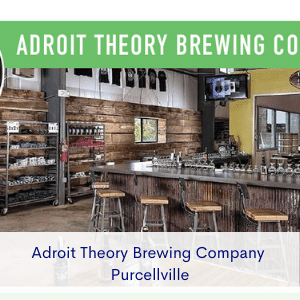 From the beginning, Adroit Theory Brewery Company has never opted to do anything small, quiet, or dainty. Their inaugural beer, a 10.0 ABV Imperial Stout, set the stage for a litany of wild, novel, and downright extreme beers that have earned a cult following, not only in the United States but beyond. When asked about his favorite beer, owner Mark Osborne quickly describes an “Invisible Black IPA” that is brewed with black sesame seeds. “It’s actually delicious,” he says with a laugh.

Adroit Theory’s goal was to start small, but with a big idea. “I remember thinking, ‘I can make something different, cutting edge,’” Mark recalls. “Our specialty is experimental beers. We’ve been polarizing our fan base since day one with these wild, crazy beers.”

Adroit Theory is also set apart by their marketing and the designs on their bottles. “I decided right away that I wanted to heavily brand what we were doing,” he explains. “I wanted to give it a distinct look and feel. People often describe this look as ‘dark art’ or shocking, but it’s still aesthetically beautiful.”

With Adroit Theory releasing over 915 distinct beers in 6.5 years, the creative demand for new ideas is high. Mark credits Adroit Theory’s singular aesthetics for a huge part of their success. “I would say the branding aspect made it possible for us to expand as fast as we did,” Mark says.

Wanting to get into exporting, Mark remembered how neighboring brewery, Port City Brewing Company, had worked with the Virginia SBDC Network to begin selling internationally. The folks at the Virginia SBDC’s International Business Development (IBD) program conducted market research and shared recommendations for a way forward. Mark and the Adroit Theory team found themselves on a trade mission to Europe, where their unique and bold brand of beer was gaining traction. You can detect the amazement in Mark’s voice as he lists the countries that Adroit Theory ships to — Japan, Korea, the United Kingdom, Russia, and France — with more orders from European countries pouring in. Production has doubled in the last 12 months. For Mark, the analysis from the SBDC’s IBD program was critical to successfully moving international sales forward. “They provided us so much valuable advice,” he says. “Honestly, it’s changed the way we do business.”

As Mark and his team continue to push beer boundaries, both here and overseas, they know the SBDC will be by their side for a dark, wild, and most importantly, fun ride. 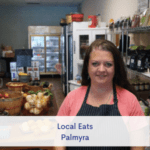 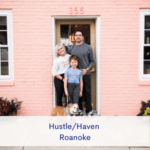